They left us hanging

No posts for a while, it’s been really busy, and looks like it will be for a while yet. I’ve been covering the election on and off for the last few weeks, which is as much as I expected with my time leaning further towards commercial work.

My first encounter was with the big man; Gordon Brown where I covered a speech which was part of his campaign. He came to the Bloomberg offices in London and accompanied by Mandy and Darling got stuck into his economic manifesto. 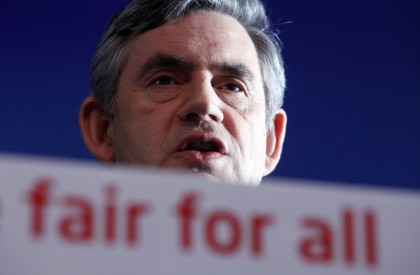 That done he was taken into a studio where he was interviewed by a TV crew and where I was the only photographer. I sat a couple of meters away from him and once I had been told by his aides to stop rolling around on the floor, I took the opportunity to listen to our illustrious leader. I listened to the interview, he was ironclad, and I can’t really offer you anymore insight. But under the scrutiny of the financial media you could tell he really saw it as his arena; at one point Mandleson had to wrap it up because Gordon just wouldn’t stop taking questions. 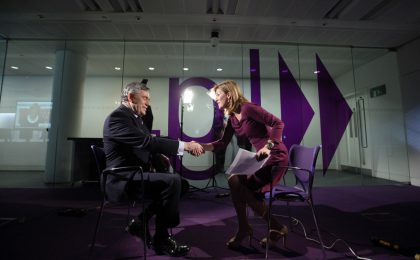 Next stop, chocolate box Witney in Oxfordshire where I went to watch David Cameron vote. I had already drawn the best lot in that my colleagues were sent to Scotland and Sheffield for Gordon and Clegg respectively.

The couple of protestors were eventually removed from the roof of the polling station and as soon as they were Dave rolled up to vote and he wasn’t there for long. I thought I had stolen the show by turning up early and talking to a toff who lived in the thatched cottage opposite. I set up a remote camera from his bedroom window to do a lovely wide picture of Cameron going in and all the surrounding media, unfortunately it decided not to fire as soon as our would be PM rocked up.

Interesting fact; the Tory press officer bought out some tea for the photographers… It was Earl Gray.
Expecting that to be the end of my election coverage, I went to bed on Thursday looking forward to finding out who the new PM was. However our electorial system being what it is there was no clear winner and I found myself on Saturday in the middle of a scrum photographing Nick Clegg amidst a throng of protesters demanding proportional representation. He addressed them from the top of some steps with hero like status. 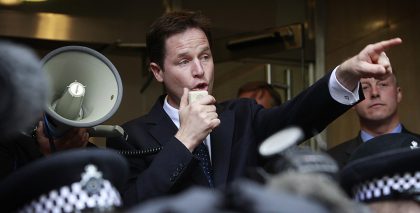 Tomorrow is going to be a hell of a day I’m sure, it’ll be interesting to see if Clegg can maintain his popularity if he does a tory deal. I’m pretty certain that his would be 26% of the proportional vote might be a little bit upset if it transpired that they had voted Conservative.