You can’t win them all; and that was certainly how I felt once I’d scaled Tower 42 (formally NatWest Tower) a few weeks ago. My plan was to capture the city skyline at dusk. A first-rate picture had been practically in the bag with the Tower’s panoramic views of the City, or so I thought, once I got on the roof I realised mother nature had other ideas. 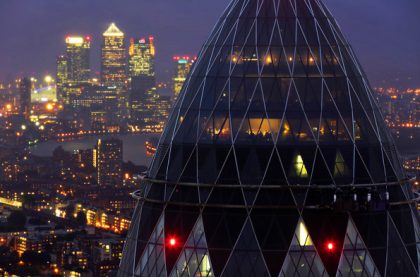 I can only compare the rain to what I’d imagine it being like on the deck of a ship in the middle of a storm, it was torrential and sideways. My guide Shaun, a tough New Yorker thought I was crazy but I only had one night for the shoot and had already paid for him to be there…it had to work!

Initially the visibility was down to about 25 meters so I decided to take a break while the rain hopefully eased a little. I spent a couple of hours scouring the City for an umbrella eventually being forced to plump for a pretty floral number as there had been, I was assured, ‘a rush’. 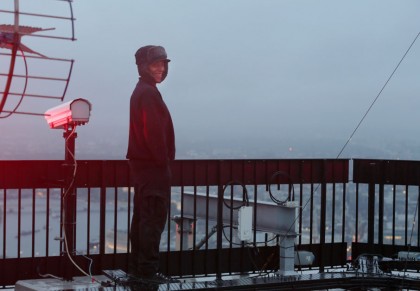 As the light fell to give me some definition in the otherwise blanket white sky there was a break in the rain. With my camera on a tripod tethered to the buildings air-conditioning system and covered in chamois leathers to soak up moisture I had 10 minutes to get my picture. I experimented with a few different exposures and even a few HDR pictures to try and bring out as much dynamic range as possible.

The week after; stuck at home with an unseasonal cold I spent some time with Photoshop and eventually had something I was happy with (above). You can plan all you like in this business but at the end of the day it will always come down to capturing a moment.