Last week I broke free from the shackles of lockdown and headed to Newhaven to photograph a fishing catch in the English Chanel for Bloomberg News. 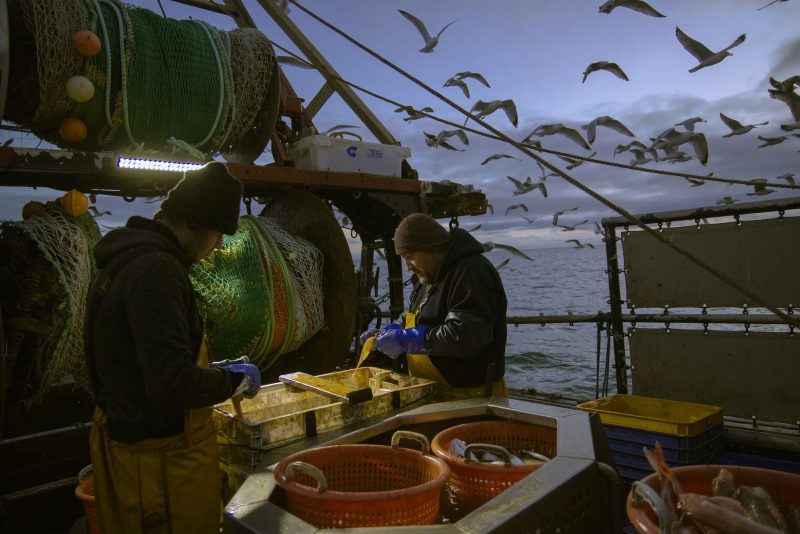 As I chugged out into the freezing darkness at 6am; Neil the skipper of About Time was in sombre mood. Bad weather had kept him and his 30 year old boat at home since New Year. Staring into the ships GPS he tells me “we’d have been better off with no deal – at least we’d get our waters back”

Late last year one of the big sticking points in Brexit negotiations was the fishing industry and the 12 miles of English water off the coast which have been shared by European fisherman since the 1973. “The Deal” is a complex thing but now I understand what it actually means for people like Neil. 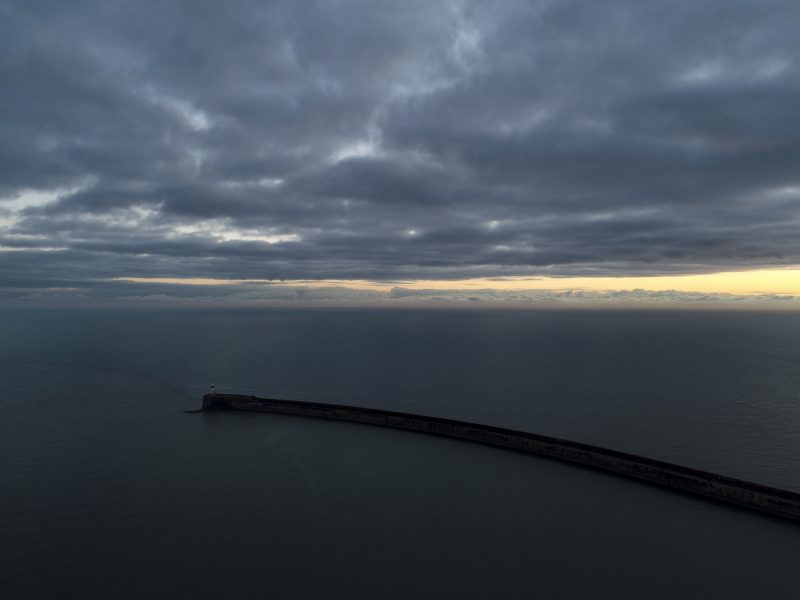 The much hyped rhetoric is actually nothing more than smoke and mirrors; reality is that nothing much will change until 2026. The issue for British fishermen is that the market has plummeted as European demand vanished on New Years Day. Quotas for UK boats are still small, so small that sizeable investment is unfeasible. If feels like this might be an industry and way of life that will be swept away like so many others in the next few years. 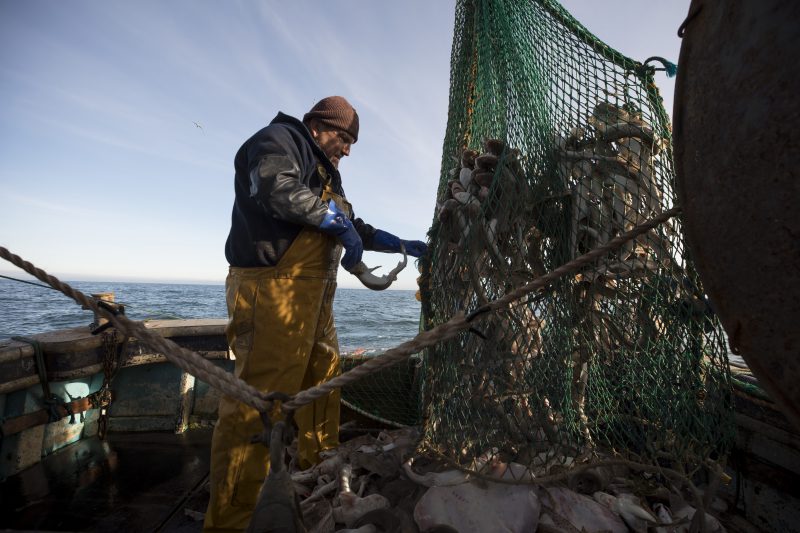 Meanwhile; my issues were more immediate. I was sick. I knew it was coming, I didn’t even manage the ferry on our last family holiday. The tablets didn’t work and there isn’t really a way to save face when it’s just three of you on a small boat. Naturally there was some banter, as I went very quiet back on the bridge but the guys were great fun and I soon picked up. I just had to accept that I was going to have a long day. 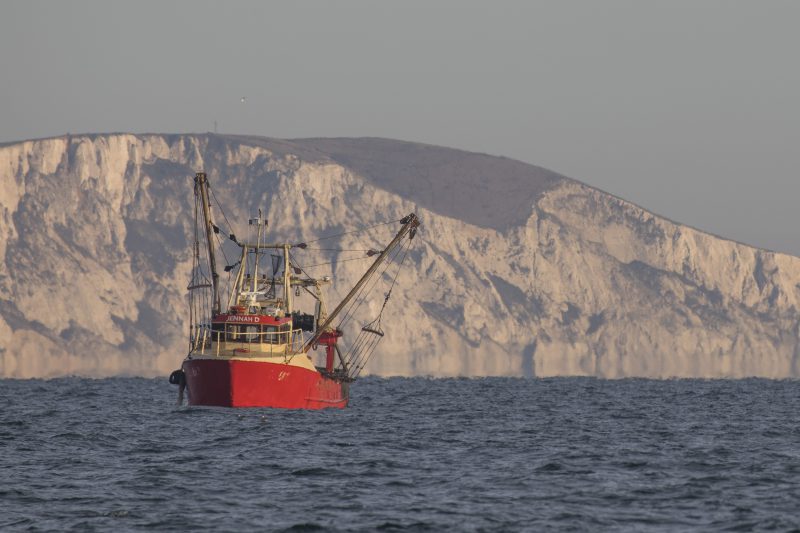 The nets were cast and there was nothing else to do but wait for three hours as we made our way across the sea. The boys gave me the heads up when it was time to bring the nets in so I had a pre-preemptive purge in preparation and readied myself for the catch. As a huge net of fish is lifted aboard by the rig the activity becomes frenetic. Neil and his deck-crew, Nathan, get straight to work sorting and gutting the fish. Lots go back into the sea; either because of their size or if the species doesn’t really make commercial sense to fish. 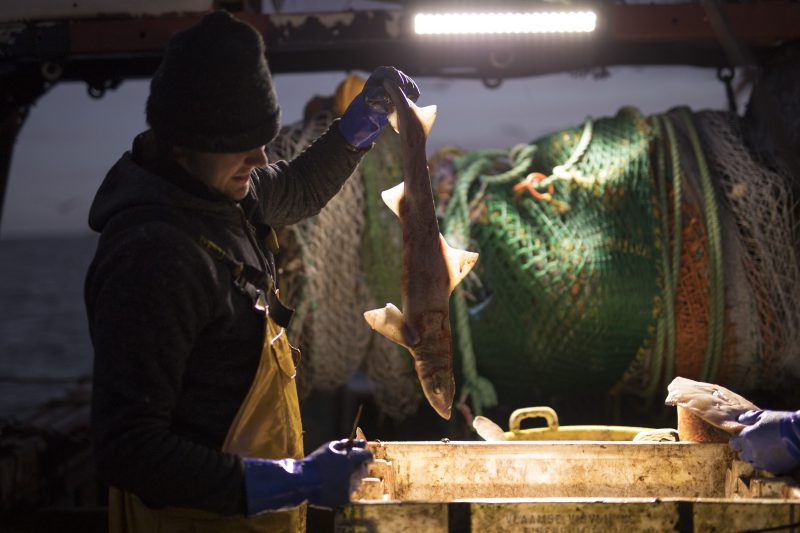 Much as we left the Quay we also arrived in darkness after a full 12 hours. Exhausted and stinking of fish I called Mrs.Jason to tell her I’d be late. “Don’t worry” she says “Pick up some fish and chips on your way home!”

Big thanks to Neil and Nathan for having me, I’ll never forget it! And also for the commission from Rob at Bloomberg.