Every January, once the lure of mince pies has worn off, my attentions turn to Davos and The World Economic Forum. It’s a template that I’ve followed for the past five years. Leave grey and drizzly London to arrive at Davos’ beautiful snowcapped mountains only to get shut in an fluorescent lit amphitheatre for a week. But not this year.

First there was the snow; the deepest in 19 years. I trudged up the side of the mountain on day one only to be thwarted by 10 foot tall banks of snow and a path that I genuinely couldn’t pass. Beaten, I slid my way back down to the promenade to photograph others struggling with the snow. 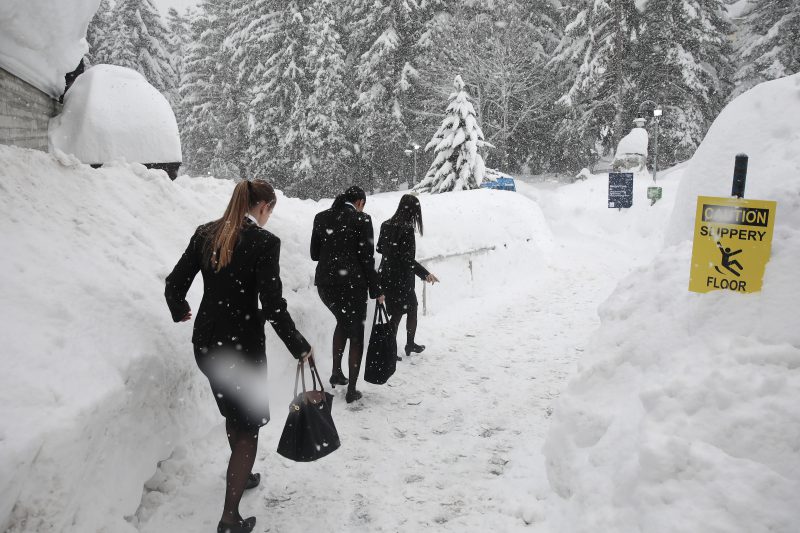 Of course the snow wasn’t the main story in town this year; even speeches from Macron, Merkel and May were mere warm-up acts for the big one, The 45th President of The United States, Donald J. Trump. His arrival was typically Trump-esque, the whole conference at an absolute standstill as he sauntered in with a wave, gasps from behind me, “it’s him!”

Here’s one of my test shots; what happened to be at hand to stand in for Trump…a donut, fitting somehow I thought. 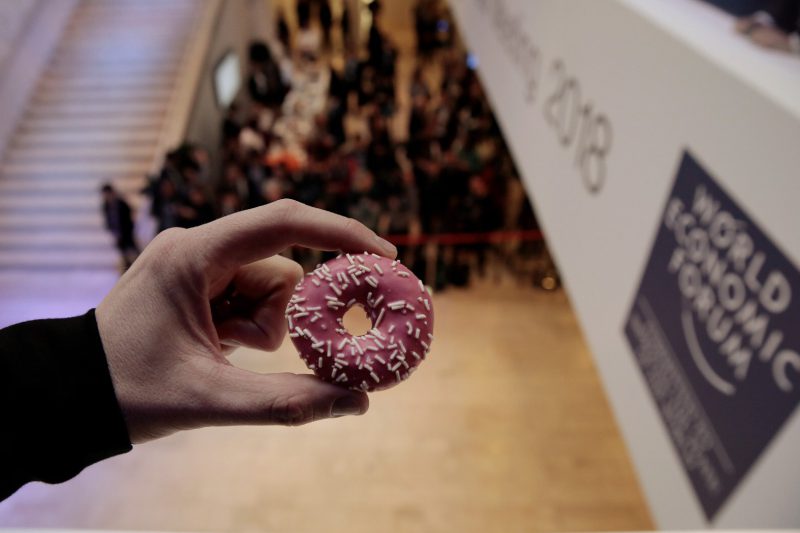 Working for Bloomberg I was one of 4 photographers on the International Pool given access to shoot his address. Having been ushered into the main hall we were briefed (at length) by the Whitehouse officials, on where we could and couldn’t be whilst under the watchful eye of secret service. 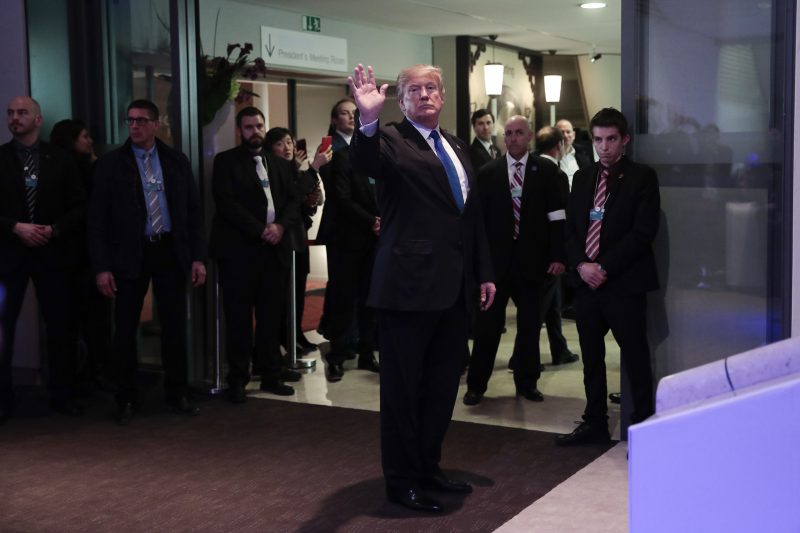 Its a strange feeling watching the figure that is The Donald play out right in front of you, almost surreal. Those trademark gestures and his almost cartoon like features staring back at you through the lens. 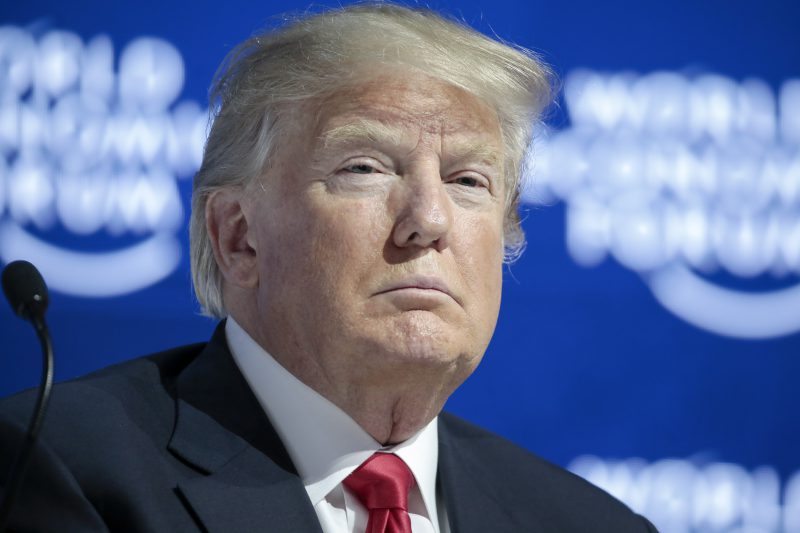